Reports have emerged claiming that Arsenal and Chelsea face the prospect of being banned from the transfer market for the improper signing of minors. 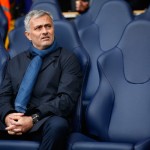 Spanish publication AS Diario is reporting the two Premier League heavyweights could be sanctioned for the alleged improper signing of players under the age of 18.

La Liga Champions Barcelona were banned from signing any players during both transfer windows in 2015 after they were found guilty of the same offence.

It is understood Real Madrid are also being looked at by FIFA for allegedly breaching the rules regarding the transfer of under 18s.

The report indicates that both the Gunners and Blues would face similar a punishment to Barcelona if they are found guilty of the breaches.