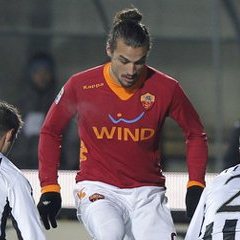 Siena climbed five points clear of the Serie A relegation zone with a narrow home win over Roma tonight.

Emanuele Calaio converted a penalty early in the second half after Simon Kjaer brought down Mattia Destro to settle the game.

The win at the Artemio Franchi stadium was Siena’s first since January 4 and lifted the Tuscan outfit into 16th place.

For Roma it was a seventh defeat of the campaign and saw them miss the chance to leapfrog Inter Milan into fifth in the standings.