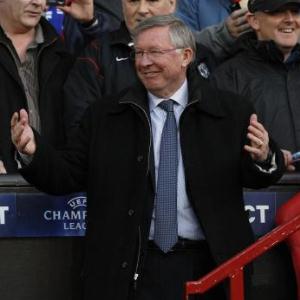 This funny incident happened during the final minutes of the Champions League quarter finals second leg clash between Manchester United and Chelsea.

The match referee added three minutes for stoppage time and appeared to have blown his whistle towards the end of the added time which prompted the entire stadium including United manager Sir Alex Ferguson to jump into celebration.

However the celebrations were short lived after it was realised that the referee had blown for a foul and not the final whistle.

Sir Alex was clearly embarrassed with his premature victory celebration. What a great reaction from the rest of the United staff. Check it out.

Ancelotti : Maybe It Was A Mistake Playing Torres!