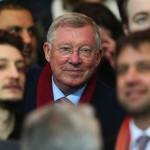 It has been reported that Sir Alex Ferguson expects Chelsea to experience further success under the guidance of Jose Mourinho.

The Manchester United legend was on hand to present Mourinho as the winner of the Barclays Premier League Manager of the Year at the League Manager’s Association awards night on Tuesday.

Mourinho was unable to attend the event at Old Billingsgate as Premier League champions Chelsea held their end-of-season awards night on the same date.

“He’s a successful man, a winner. He deserves the award. I thought he had the best squad. John Terry played every game,” said Ferguson.

“Champions will always be the ones to beat. Jose knows his squad well. He’s settled. It’s going to be a very successful few years for Chelsea.”