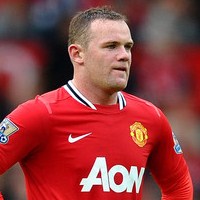 Sir Alex Ferguson has admitted that the team will lean on Wayne Rooney tomorrow at Everton.

Ferguson admitted United, who have not won at Goodison Park since September 2007, will look to Rooney to inspire them back to winning ways after the 6-1 defeat to Manchester City.

“We expect that every week from Wayne,” said Ferguson.

“He’s scored a couple of goals at Everton in previous games, he gets booed as normal.

“He got booked in one game there and I took him off, because there was no way I was going to give the referee an opportunity to send him off.

“There’s so much hype around the ground every time he makes a challenge or whatever.

“So he’s had mixed fortunes there but he’s done well in some of the games there and hopefully that will be the case again.”