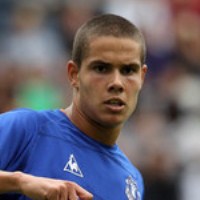 Sir Alex Ferguson is convinced that he will be able to sign Everton youngster Jack Rodwell this summer.

The Daily Mail has reported that the Scottish tactician has sensed for some time that his United squad may be in need of serious attention and successive defeats by Chelsea and Liverpool have confirmed his worst fears.

It is believed that Sir Alex has long admired the 20 year old’s composure and versatility as a central midfielder or centre back.

He senses Everton may finally be ready to relent over allowing him to follow Wayne Rooney to Old Trafford.

Edwin van der Sar : I Did Everything To Save Messi’s Goal