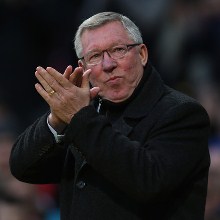 Manchester United boss Sir Alex Ferguson has declared that he will not be buying in January.

Ferguson, who rarely takes advantage of the mid-season opportunity to augment his first-team squad, believes he has enough resources to cope with challenging for the Premier League title and the European and FA Cups.

“I will not be bringing anybody in, in January – definitely not,” he confirmed.