Former Manchester United boss Sir Alex Ferguson has denied having an influence on referees during his time in the game. 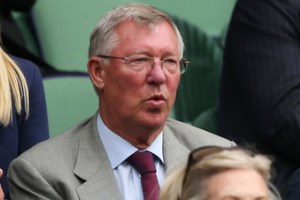 Comments from former official Mark Halsey this week, in which he referred to having a “good relationship” with the Scot, led to claims Ferguson may have had undue influence during his long stay in charge of United.

The 71 year old told MUTV : “I can’t believe…obviously there is an Alex Ferguson element in his book, he thought was important,”.

“Most of the managers, particularly in the north west, supported him, and lots of players by the way, when he had the cancer, him and his wife, it was a terrible period for the lad and quite rightly the football fraternity got behind him and supported him.

“We have him jerseys after jersey for the dinners he was having and of course a Manchester United strip figures greatly in these auctions, a signed strip from all the players.”

Ferguson was no stranger to fallings out with officials during his time in the dugout, and added: “The laughable part for me was how I influenced the refereeing fraternity.

“This is a guy who has the worst record of any manager in the history of English football, fined £100,000 by them, suspended so many times, that’s some influence, I must say. It’s a little bit Walter Mitty.”