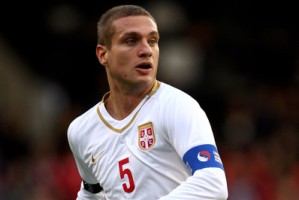 Manchester United boss Sir Alex Ferguson has intentions of selling defender Nemanja Vidic at the end of the season.

It has been reported that Sir Alex is set to reject Vidic’s olive branch and cash in on the Serbian defender at the end of the season.

It is said that the United manager has been frustrated by the player’s injury problems this season and believes that he is not the dominant figure he once was.

With Real Madrid, Barcelona and AC Milan ready to spend in excess of £20m for a player who cost £7m when moving to Old Trafford four years ago, it is considered too good a deal to refuse.

Ferguson has started rebuilding his defence for next season with the signing of Fulham’s Chris Smalling, while Jonny Evans is expected to play a more prominent role.