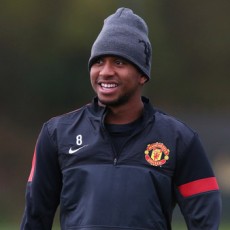 Second-half substitute Anderson added energy to the midfield as the Reds roared back from conceding first to QPR to clinch a 3-1 win to go back on top of the table.

“We played for about 10 or 15 minutes, that was the sum total of a real performance for Manchester United. Queens Park Rangers had a surge of determination and belief, they worked really hard and that’s what you expect when a team loses its manager. We saw that again today.

“Of course it is frustrating [to keep conceding first] and you have to be concerned about it. The one thing about it is their goal sparked us off. From that moment on, we really got at them and played with great determination and speed and it made a difference.”

Sir Alex has plenty of players at his disposal and Anderson was one who promoted his claims and showed he wants to force his way into the starting line-up.

“They all want to play,” he insisted.

“We’ve got a great squad of players. Anderson played his part today. He didn’t let us down, he was terrific.”