Manchester United boss Alex Ferguson has attempted to smooth things over with the Newcastle fans by telling them they are “up there with the best supporters in the game”. 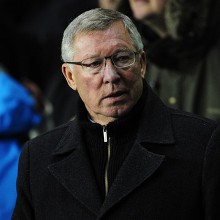 Ferguson caused outrage among the Toon Army when he described Newcastle as a “wee club in the North East” during his recent spat with Magpies boss Alan Pardew.

But he told the Mail on Sunday: “It was never my intention to belittle Newcastle fans.

“I want to clear up any misunderstanding that may have arisen over what I said. I have nothing but the highest regard for Newcastle fans and I always have had.

“They are up there with the best supporters in the game.

“Their passion, commitment and fervour have never wavered, even though they have had little to celebrate.

“They have turned up in numbers to get behind their team wherever and whenever the games have been played. When I take a team to St James’ Park, I have stressed to the players that not only have they got to beat the opposition on the field, just as important is coping with the atmosphere created by the fans.

“Sadly, results have not matched their loyalty. If Newcastle’s achievements had matched the support of the people who pay to watch them play, the club would be among the game’s giants. It’s tragic that they haven’t been able to win a league title for over eighty years.”

Ferguson also said that he had received messages from Newcastle fans who were unhappy with they way their team is being run.

“Among the criticism there were also messages from people who feel they have been let down by the club and that it has not matched their own ambitions for success,” he added. Hatem Ben Arfa On The Brink Of Newcastle United Exit