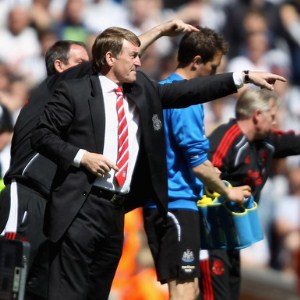 Sir Alex Ferguson is expecting a title challenge from Liverpool next season.

With Kenny Dalglish now confirmed on a three-year contract, the Manchester United boss is expecting there to be greater stability at Anfield.

Sir Alex said : “Liverpool will be galvanised next season I am sure of that,”.

“Kenny has signed a three-year contract that settles the club down and there will be plans.

“It just makes it more interesting next year. It has become tighter and tighter.

“We have spoken for years about the big four but teams like Tottenham have not got back into the Champions League this year and they have had a fantastic season.

“It is going to be really difficult next year.”