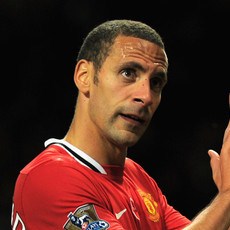 Sir Alex Ferguson has revealed that he has no plans of letting go defender Rio Ferdinand.

Doubts have been cast over Ferdinand’s role at the club since Ferguson went public on the defender losing pace and having to change his game.

“I’ve got no thoughts of letting Rio go,” Ferguson said.

“He’s got a part to play. He’s got experience and he’s a big figure in our dressing room.

“The players look up to him, so that will continue. He can play for another couple of years, quite easily.

“We’ve built the team for the day that Gary Neville left and Rio left, it’s a fact. We have to look ahead and there’s nothing wrong with that. But it shouldn’t mean that Rio looks upon it as the end of his football life.

“He has been such a good player for us that it was important for me to explain his position. The fact is he’s not as quick as he was five years ago.

“That happens. People lose their pace. But he’s adjusted his game and he’s had terrific performances since then.”