Sir Alex Ferguson Pleased With The Performance Of Shinji Kagawa 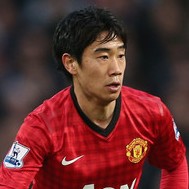 It has been reported that Sir Alex Ferguson was pleased with Shinji Kagawa’s performance in Manchester United’s victory over West Bromwich Albion.

The 23 year old Japan international was handed a first start in two months after recovering from injury.

Sir Alex said : “Shinji did very well in the first half. Obviously you expect him to tire with it being his first game for a couple of months and at that point we brought Robin on. I’m very pleased with Shinji – he did his job very well and he worked very hard in the early parts of the game,”.


Chelsea To Include Thibaut Courtois In Bid For Radamel Falcao