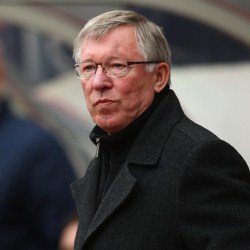 It has been revealed that Sir Alex Ferguson will continue to strengthen Manchester United ahead of the new season.

When asked on MUTV if he will make more signings, Ferguson replied:” “Yes, there’s a possibility. We’re working on one or two things but there’s nothing really to tell you to be honest.”

“We always try to get our work done at the end of the season – we spent a good deal of time sorting the deal with Shinji and we’d agreed a deal with Nick Powell before the play-offs which was a good move by us because the boy had an outstanding final at Wembley.

“When you don’t get deals done immediately and you’re negotiating with a club over a long period, then you can’t expect to just snap your fingers and get it done.”