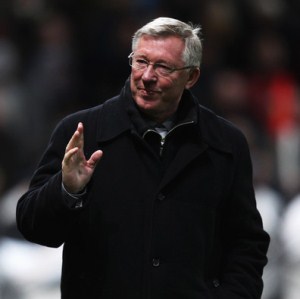 With all the negative press and media hype surrounding Manchester United and Wayne Rooney, Sir Alex Ferguson has revealed that he plans to put an end the Wayne Rooney saga today.

Rooney released a statement shortly before United’s match with Bursaspor on Wednesday night, reiterating what Sir Alex confirmed on Tuesday – that he does not want to sign a new contract.

However the United boss says he does not want the issue to affect the team and says he will decide the club’s next plan of action on Thursday morning.

“I have a meeting at 10am with David [Gill], who has spoken to the owners tonight,” he said. “We don’t want this to carry on. We don’t want it to become a saga. We’ve got the team to consider and an important game on Sunday. It’ll be the end of it tomorrow.

“If we carry on talking about one individual, dominating all of the headlines and all of our thoughts, then we’re not doing our job. Nipping it in the bud is the key to it and that’s what we’ll do.”