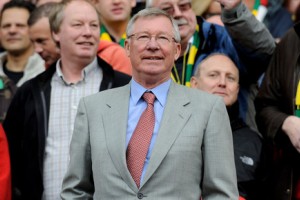 Manchester United boss Sir Alex Ferguson is confident they will bounce back from this season’s “disappointment”.

Ferguson has only the Carling Cup to show for his efforts this term, but he is ready to go all out to wrest the championship back from Stamford Bridge and chalk up a record 19th title for the Red Devils.

“It was a disappointment but you can agonise over these things and I’m experienced to know you can’t win them all,” said Ferguson.

“What you try to do is recover from every defeat and try to regain the upper hand next season.

“It’s a challenge. A few years ago it was Arsenal, then it was Chelsea, and each time we’ve managed to raise the bar at our football club – and that is exactly what we are going to do next year.”

Brad Friedel Has No Plans To Retire Any Time Soon