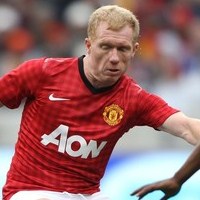 Sir Alex Ferguson has admitted that Paul Scholes’ introduction was key to victory at Southampton.

While Robin van Persie’s hat-trick will take the headlines, the Manchester United manager was quick to highlight the 61st-minute introduction of Scholes as the game-changing moment.

“We didn’t start playing until Paul Scholes came on the pitch, to be honest with you,” he said.

“I thought he changed the game right around.

“We worked all week on the strength of Southampton with their back post crosses and they scored two goals from it.

“We have got to give them credit for that, they are good at it. In that period when they scored the second we were well out of it.

“Paul Scholes came on and brought composure, a consistency of passing and made the difference.”