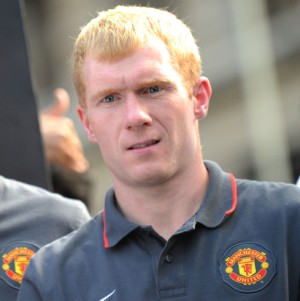 Manchester United manager Sir Alex Ferguson has hinted that he may go outside the club to find a replacement for Paul Scholes.

The Scottish tactician however admitted that it would be almost impossible to identify a successor for the former England midfielder.

He wrote in his match programme notes: “I know that fans like to see a big-name signing, and I understand that, but when you have the players you want, there comes a point where the best policy is to work with them. There is, of course, the matter of the older players, but we are working on that. I see Antonio Valencia and Nani as the natural successors to the Giggs role.

“Replacing Paul Scholes is more difficult, even impossible, but we do have players already at the club capable of responding to that challenge.”


Mesut Ozil : I Need Not Be Afraid!