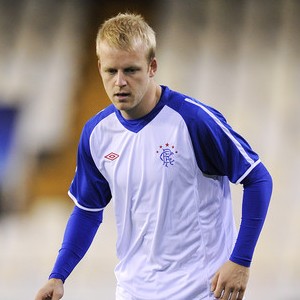 It has been revealed that Manchester United boss Sir Alex Ferguson is an admirer of Rangers attacker Steve Naismith.

The Scotland international forward has been in superb form this season and Ferguson hopes he stays at Ibrox for years to come.

He said: “The boy Naismith has improved them a lot. He has enjoyed a really good season while Steve Davis is still improving as a midfielder.

“A couple of them have started to emerge in this Rangers team but Naismith knows exactly where to run for a pass.

“He’s a great support player, has good energy and is a confident little lad.

“Naismith is brave as well so he has a lot of good attributes.

“I don’t know if clubs in England will have an eye on him. It’s difficult to say because there’s no real reason or need to leave Rangers – unless it was for a top team.

“He’s at the best club in Scotland so after that where would you go unless it was a really top side?”