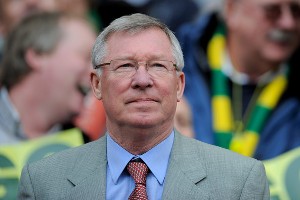 Ferguson wants to make a “couple of signings”, but concedes it will be a crowded market.

He said: “I believe we are well placed to make another challenge next season. We have brought in some young players over the past couple of seasons and they’re going to be a lot better this time. We also have tremendous experience in the side.

“I’d like to make a couple of signings, but the market is very narrow. There will be a few clubs trying the buy the same players and we all can’t get what we want.”