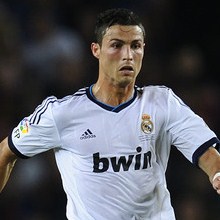 Reports are out claiming that Sir Alex Ferguson will ask Manchester United’s owners to break the bank to bring Cristiano Ronaldo back from Real Madrid.

The Sunday Mirror reported that the Scottish tactician will ask Manchester United to pay whatever it takes to bring Ronaldo back to Old Trafford.

He is anxious to discover whether the ­Portuguese superstar is ­serious about wanting to quit Real Madrid.

Now, if he really wants out, ­Ferguson will ask the Glazer ­family – who own United – to do everything in their power to re-sign the 27-year-old.

A United source said: “The manager made it clear when Ronaldo joined Real that if he ever left the ­Bernabeu he should return to Old Trafford.

“It’s a transfer that would prove that United can still compete with anyone for the biggest names in ­football.

“But, at the moment, only Ronaldo knows whether he is serious about leaving Madrid or whether he’s just having a sulk.”