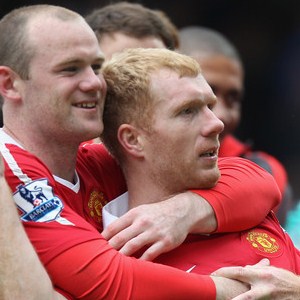 Sir Alex Ferguson has revealed that he is confident that Sunday won’t be Paul Scholes’ last appearance at Old Trafford.

The 36-year-old central midfielder has still to tell United whether he is going to accept a one-year contract offer.

However the Scottish tactician thinks he will.

“I don’t think this will be his last game,” said the United boss.

“We have discussed it and I have encouraged him to stay on for another year.”