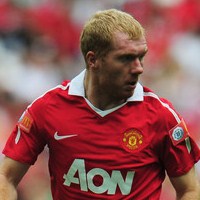 The Scottish tactician strongly believes that Scholes, now age 36, is good for another season.

It follows a similar deal for 37-year-old Ryan Giggs.

Scholes has not featured for the first-team since November because of a groin injury but is now available again.