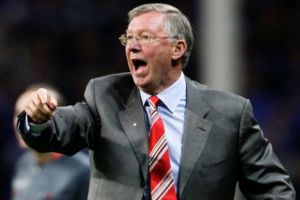 Manchester United manager Sir Alex Ferguson has ordered his players to get their act together and to stop the rot at Stamford Bridge.

Manchester United have won only once in 11 visits and another loss would leave them five points behind leaders Chelsea.

Sir Alex told in a media conference that Manchester United’s record at Chelsea has not been good and the players now must get their act together.

However the manager said that there is no point in looking back and looking at the present squad and what they are capable of, Manchester United can definitely win the game and there is no doubt about that.

The United boss expects the top-of-the-table clash to be full blooded and said at moments the game will be intense and feisty.

He also added that there are so many great players on the pitch and that the fans can expect some moments of terrific play.