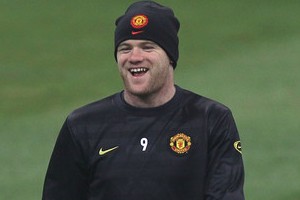 Bad news for all Manchester United fans as it has been revealed that striker Wayne Rooney is carrying a knee injury.

After securing his 23rd major trophy as United manager, Ferguson said that the 24-year-old striker, whose goal was the eighth with his head out of his last nine, was feeling discomfort.

Ferguson revealed that the doctors are assessing the injury and that he does not know what Manchester United are going to do.

Sir Alex also said that he does not know what England are going to do.


Aaron Ramsey Could Be Back in Six Months!