Manchester United legend and director Sir Bobby Charlton has revealed that they will be busy this summer market. 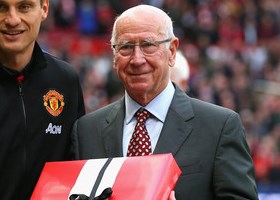 Charlton confirmed that David Moyes’ successor, likely to be Louis van Gaal, will have money to spend.

“We will have to buy a couple of players, which will happen,” said Charlton, who was speaking at the Manchester United player of the year awards.

“I am looking forward a lot to next year because Manchester United is not renowned for being second.

“We like to be first and we will be first. We have the most fantastic organisation and that organisation when it works is unstoppable.”