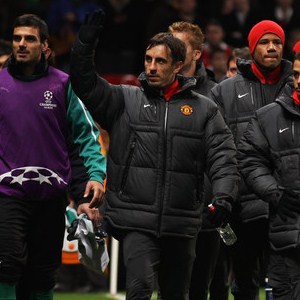 According to The Daily Mail, the former England right back has been lined up by Sky Sports to be the big-name pundit to fill the void created by the sacking of Andy Gray.

Neville, who is due to retire from a glittering playing career at the end of this season, was already on the television network’s radar before the ‘Linogate’ scandal erupted this week.

It is understood that the 35-year-old will not be a like-for-like replacement for Gray.