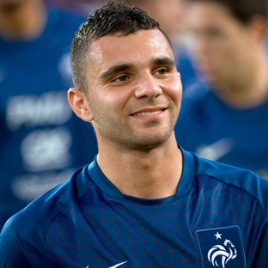 Reports are out claiming that Sochaux are attempting to secure Marvin Martin to a new deal amid interest from Arsenal.

Arsenal manager Arsene Wenger is an admirer of the French international and Sochaux confirmed during the summer enquiries received from the Gunners for their star midfielder.

France Football says talks have opened about a new one-year deal with Martin’s camp, which would keep him with Sochaux until 2015.