It has been reported that Cardiff City boss Ole Gunnar Solskjaer was left stunned by their defeat to West Ham United.

The Manchester United legend was at a loss as to why it had taken his side until the second half to get into the game. 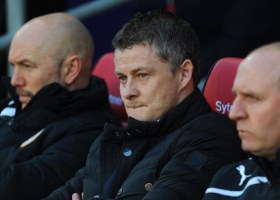 “The second half was the way we want to play, we had twice the possession and shots of them but the first half was surprising, we did not have any energy or enthusiasm,” he said.

“The game was broken up by a bad injury but we never got going first half.”

He said: “You have to play those teams anyway, if we get something against them we will be flying. We are five points off 10th so it will be very competitive.

“It is very tight from the bottom up to Hull, it is a league in itself. We just need to keep nicking points where we can and we have plenty of games at home against sides who are 10th and lower. So we have games where we can get points.”