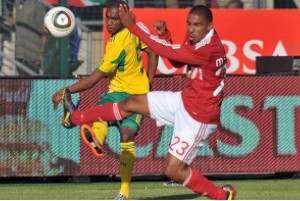 Hosts South Africa wrapped up preparations for the World Cup with another impressive display which helped them edge out Denmark in Atteridgeville.

Katlego Mphela scored the only goal – his fourth in three matches – 14 minutes from time to ensure Carlos Alberto Parreira’s team will head into their opening match against Mexico full of confidence.