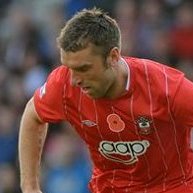 Supersub Nathan Dyer stole a rare away point for Swansea as the former Southampton winger’s gave his side a 1-1 draw against his old club at St Mary’s Stadium.

Dyer, who has been reduced to a bench role in recent weeks, provided Michael Laudrup with an emphatic reminder of the goal-threat he can pose – taking just eight minutes to wipe out Morgan Schneiderlin’s header.

The winger finished well, but it was a Saints defensive error that gifted the wide-man his opportunity as a mix-up between replacement keeper Paulo Gazzaniga and Maya Yoshida allowws Dyer to nip in and steal the ball before stroking in past Gazzaniga and into the bottom corner.

Bookies favourite for the first Premier Leagye manager to be sacked, speculation will continue over whether Nigel Adkins will be given the chance to take his side into next week’s six-pointer at Queens Park Rangers.