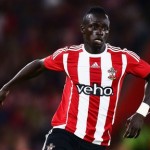 It has been reported that Southampton boss Ronald Koeman is angered by Manchester United’s pursuit of Sadio Mane.

Koeman admitted he cannot ban his players from speaking to their agents or reading newspapers, but the Saints boss attacked the deadline for remaining open until September 1 ? more than three weeks after the Barclays Premier League season started.

“It’s difficult because everybody is talking about that until the transfer window is closed,” Koeman said. “It’s a crazy deadline because it’s always difficult to start the season and you’re not sure about the team you will have after the deadline.

‘Everybody has played in Europe and the first three or four games in the Premier League and in other competition they have played even more games.”

Asked when the deadline should be put back to, Koeman, clearly frustrated, said: “Best is August 1.”