It has been reported that Southampton boss Ronald Koeman admits he wanted to sign Manchester United winger Memphis Depay. 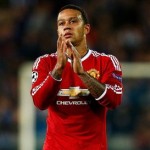 Koeman followed Memphis while he was with PSV Eindhoven.

“I watched him first he was in the first team of PSV he was showing his qualities,” said Koeman.

“He is physically strong, fast and clinical scoring goals. When I was at Feyenoord, PSV would not sell a player like that to them but I was interested in him when I came to Southampton. In that summer we contacted the agent, who is also the agent of my brother.

“We showed interest but they said he would stay in Holland another year and then maybe he would like to move. We knew if interest from big clubs comes along, we don’t win. That is normal. If you can move to United, Chelsea Bayern, Real Madrid you choose that… not Southampton”