Reports are out claiming that Southampton have confirmed the permanent signing of Ryan Bertrand from Chelsea. 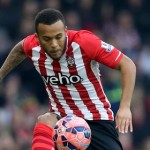 The 25-year old full-back has penned a four-and-a-half-year deal with the Saints after initially joining the south coast club on loan in the summer.

Bertand, who has had previous loan spells with the likes of Aston Villa, Nottingham Forest and Norwich City, has been an integral part of Ronald Koeman’s improved Saints side in the first half of the 2014/15 season and has now shifted permanently to St Mary’s Stadium for an undisclosed fee.

Mourinho Made Me One Of The Best In Europe! – Didier Drogba