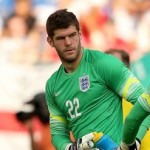 The Daily Mail reported that he is reluctant to pay the £12-15m Cardiff City have quoted for David Marshall while Celtic want at least £8m for Forster.

Norwich City and England keeper John Ruddy is also in the frame, who is on Arsenal’s list if they fail to sign David Ospina from Nice. Man Utd To Include Javier Hernandez In Bid For Nathaniel Clyne