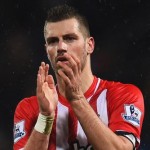 It has been reported that Southampton chiefs fear a fresh raid on their best players this summer market.

Having lost the core of their previous team last summer, Saints successfully rebuilt the squad – beyond expectations – this term.

Saints have moved to prevent another mass exodus from St Mary’s by offering deals to Morgan Schneiderlin, Nathaniel Clyne and Jay Rodriguez.

But none has so far shown any hurry in putting pen to paper, says the People.

Clyne, a target for Manchester United, and Rodriguez, wanted by Manchester City and Tottenham, have just over a year on their current deals.

Schneiderlin, meanwhile, has two years on his Saints contract, but is a top target for Spurs and Arsenal.