Reports are out claiming that Southampton are keeping tabs on Saphir Taider’s situation at Inter Milan. 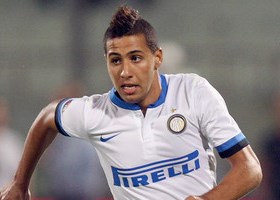 It is said that Saints boss Mauricio Pochettino has been aware of the 22 year old since his time with Bologna and knows he’s frustrated with the lack of action he’s seen at Inter this season.

An attacking midfielder, the Algeria international would step smoothly into Pochettino’s passing system and could be available for a knockdown £5 million this summer.

Adebayor : Tottenham Can Finish Top Four In The League