It has been revealed that Southampton midfielder Morgan Schneiderlin retains hope of breaking into the France squad. 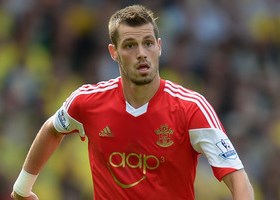 The 23 year old is spending the international week at St Mary’s.

“My ambition, personally, is to get in the (France) squad, so that’s why I’m working very hard on everything, but that’s the way it is.

“Everyone wants to be in the national team, it’s not just me.

“It’s part of the game, but it will come one day.”

Ferguson : Gary Neville Will Go To The World Cup!