Reports are out claiming that Southampton are preparing to lose Calum Chambers in the summer. 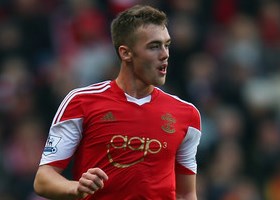 The Mirror reported that Mauricio Pochettino hopes to keep hold of the talented defender in spite of interest from Manchester United and Arsenal, but is scouting potential replacements.

Nathaniel Clyne would likely become first choice at St Mary’s if Chambers is sold, but Pochettino will seek to buy cover.