It has been reported that Southampton have warned Manchester United to get serious if they want Sadio Mane. 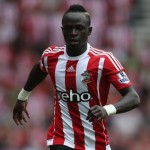 The Telegraph claims that United would have to more than double their summer offer if they want to snatch Mane from Southampton.

Louis van Gaal was keen on the Saints forward and was looking to pay around £20million to sign him in the summer.

But the Senegalese forward has had such a good start to the season, that Southampton now value him at closer to £40 or £50million.


Two Premier League Players Ready To Come Out As Being Gay