It has been reported that Southampton boss Ronald Koeman insists they won’t be selling anyone in the January market. 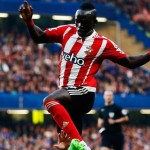 Both Manchester United and Chelsea have been heavily linked with January moves for Sadio Mane, and while Koeman believes any interest is a compliment to Saints, he insists the club have no intention of selling.

“It’s not important rumours. We will sell nobody,” he said.

“You can ask again about Sadio about Man United, about Chelsea, and we sell nobody in January.”

When asked further about the Mane rumours, he added: “It’s great if it is really like that. It’s great.

“The player is developing himself with all the help from the technical staff and the rest of the players.

“It’s the reason why the team is growing, why the club is growing, and why we have 17 or 18 international players.

“They are showing their qualities and then of course big teams are interested.

“It’s the normal progress of players who are developing themselves.”