According to Southampton boss Ronald Koeman, Morgan Schneiderlin is not for sale. 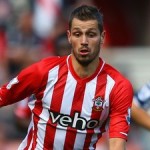 The France international was a target for Tottenham in the summer and has also been linked with a possible January move to Arsenal but Koeman insists he is going nowhere anytime soon.

“The attitude of Morgan is fantastic, everybody knows he had a difficult time in the summer but he has accepted his situation and performed well,” said Koeman.

“We will not sell him no matter who bids for him.”

The 25 year old, who joined the Saints from Strasbourg in 2008, has been a key figure in Koeman’s side this season and the south coast club is determined to keep him after losing star midfielder Adam Lallan to Liverpool in the summer.