Sporting Lisbon To Include William Carvalho In Deal For Nani

Reports are out claiming that Sporting Lisbon are prepared to discuss a swap deal with Manchester United over former star Nani. 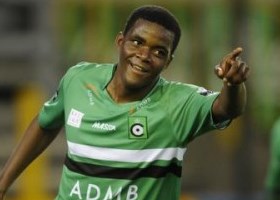 It is said that the Portuguese side cannot afford to sign Nani permanently, but are willing to consider a swap involving midfielder William Carvalho.

A Bola revealed that Sporting may have to give up William as part of a deal to sign Nani on loan.