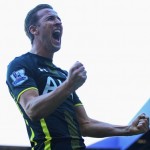 Reports are out claiming that Tottenham boss Mauricio Pochettino was delighted with two-goal Harry Kane after their 2-1 win at QPR.

England manager Roy Hodgson was at Loftus Road as the striker increased his tally to 26 goals in all competitions, producing a performance which will only improve his chances of a first senior call-up.

“He is young, can improve more and now it is Roy’s decision.

“I don’t know if (he deserves a call-up). Roy needs to decide whether this is time to pick him or not.

“I think that today was a great game, a great performance. We showed character, I am very pleased for our players.

“I think it was a fantastic performance in a very, very difficult game because QPR are a team who are very brave and the way they play is difficult to stop.

“It was difficult to play our game and that doesn’t help, but I think we showed character and played much better than QPR and fully deserved three points.”