St Etienne defender Kurt Zouma has revealed that he expects to be moving to Chelsea. 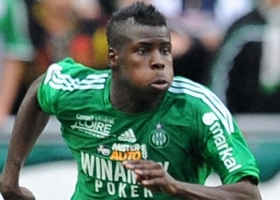 The French U21 international is set to join the Blues at the end of the season.

He told L’Equipe: “There was advanced contact last month. At the start I thought it was a joke but afterwards I quickly took [Mourinho’s] call seriously.

“When a great man like Jose Mourinho calls a little player like Kurt Zouma, it’s nice. It doesn’t happen every day and it’s a big sign of respect and confidence.

“If you tell me to go to Chelsea, I’ll go there immediately! Especially after the call from the coach. It’s given me ideas.

“I’m playing my third season in Ligue 1,’ he said. ‘In June, it will be time to go and see how things happen elsewhere.”