After taking a look at Shakhtar Donetsk starlet Douglas Costa who also plays for Brazil, TFM’s Stars Of The Future is now back and is set to review CSKA Moscow’s teenage sensation Alan Dzagoev. 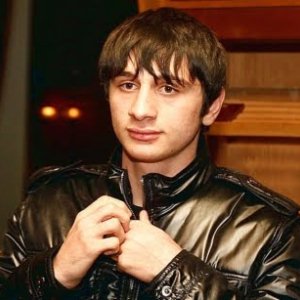 Alan Yelizbarovich Dzagoev or simply known as Alan Dzagoev is a young football star born in Russia. He is 20 years old and was born on the 17th of June 1990. He plays as an attacking midfielder.

It is said that Dzagoev played football on the streets with his brother before he was sent to the Terek Beslan youth team by his mother.

Dzagoev started his youth career at the age of 12 with Russian academy Yunost Vladikavkaz. The young attacking midfielder stayed and developed his football with the club for 3 years until 2005.

He then had a brief stint with Konoplyov Academy in 2005.

After progressively developing his game, Dzagoev joined Krylia Sovetov-SOK in 2006 and remained there for two seasons before transferring to CSKA Moscow.

From January 2006 to December 2007, at the age of 16, Dzagoev began playing for Krylia Sovetov-SOK of Russian Second Division.

He made his professional debut on 29 April 2006 in a 1–2 home defeat against Tyumen. Dzagoev made 37 appearances for the club and scored 6 goals for the team.

Dzagoev signed for CSKA Moscow at the age of 18, before the start of Russian Premier League 2008 season and was handed his debut as a substitute in the game against Luch.

The Russian starlet began exhibiting his talent and skills and soon after found himself in the starting lineup in the home match against Khimki. The talented attacking midfielder managed to score a goal and two assists in the match.

Dzagoev was also an integral part of the team which won the Russian Cup 2007-08 final. In the round 13 game against bitter rivals Spartak Moscow, Dzagoev made 3 assists, helping CSKA to secure a 5–1 victory.

Dzagoev became a regular in the starting line-up for CSKA Moscow ever since.

Dzagoev’s exploits were not only limited to the Russian league as he also made his mark on the European stage when he scored 2 goals in a 3–1 away victory against UEFA Cup winners Zenit St. Petersburg. He was later named man of the match.

In October 2008, it was reported that Spanish giants Real Madrid were interested in signing the player. Dzagoev however played down these rumours, saying that he expects to remain at CSKA for longer time.

Following a successful debut season in the Russian Premier League, he won the award for Best Young Player in the league and made his way into the national team.

After impressing at club level, Dzagoev was called up to Russia squad for 2010 World Cup qualification match against Germany.

The youngster made his debut as a half-time substitute, at age of 18 years and 116 days, thus becoming the youngest outfield player ever to compete for Russia, and second youngest overall after his CSKA teammate Igor Akinfeev.

After the game, Russia manager Guus Hiddink stated, “He’s gelled into the team very well… Alan is a really clever player with the ability to make a killer pass and stretch the play. He proved that in Germany once again.”

However, Dzagoev himself, being unhappy with the defeat, labeled his debut “a flop”. He then scored his first international goal on October 8th, 2010, in a Euro 2012 qualifier against the Republic of Ireland.

Dzagoev is known for his intelligence on the field and has the ability to make a killer pass and stretch the play. The youngster is also known for his leadership qualities and is always seen encouraging his team-mates to work harder in order to win.

Dzagoev also revealed that Valery Gazzaev, an Ossetian footballing legend who later became his coach at CSKA Moscow, as his childhood hero, also stating that Evgeni Aldonin and Frank Lampard were role models for him.

The Russian star has indicated that he would one day leave CSKA Moscow and hopes to join Premier League giants Chelsea, the club that he has been supporting as a boy.

Dzagoev aLso scored from a very tight angle during a Champions League match against Manchester United on 4 November 2009, which finished 3–3. Some claim that it was an impossible goal to score especially with a goalkeeper like Edwin Van Der Sar in goal. Check it out.