Articles Premier League Serie A Stars Of The Future

Hello and welcome to all TFM readers.

As football fans, we are all familiar with the big names such as Wayne Rooney, Cristiano Ronaldo, Lionel Messi and many more.

We have also idolized former football greats such as Diego Maradona, Zinedine Zidane, Pele and much more.

But how about the up and coming young stars of the future? Who will be the face of football in the future?

We at TFM has decided to bring to you the young stars who we believe has the potential to be the Stars Of The The Future.

These young star are known by many names. Some call them wonderkids and some are named starlets. We at TFM however shall call these kids as the Stars Of The The Future.

The first star that we will be looking at is Dominic Adiyiah from AC Milan. 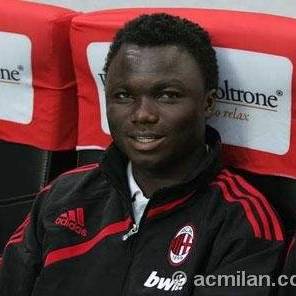 Dominic Adiyiah is a 20 year old striker who plays for Italian giants AC Milan. He is however on-loan at Reggina for the current season.

Dominic Adiyiah was born on the 29th of November 1989 in Accra, Ghana.

After making an impact in the U-20 World Cup, Adiyiah was snapped up by AC Milan and this confirmed by Milan CEO Adriano Galliani on 1 November 2009.

Adiyiah was loaned out to Serie B side Reggina shortly before the start of the 2010–11 season and has so far played 3 games for the club.

Adiyiah took part in the U-20 World Cup held in Egypt as the team went on win the trophy. Adiyiah was awarded the Golden Shoe for the topscorer with 8 goals in 7 games and was also named the Most Valuable Player of the tournament.

Adiyiah earned his first call-up with the Black Stars on 3 November 2009, shortly after the U-20 triumph, for a World Cup qualification match against Mali, to be played on 15 November. 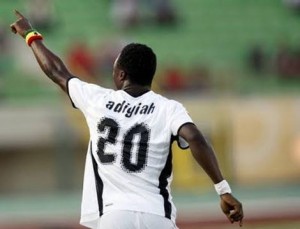 In June 2010, Adiyiah was called-up to take part in the World Cup held in South Africa and the young striker made his debut in the competition during the last match of the group stage against Germany.

Adiyiah then made his appearance once again in the quarter-finals against Uruguay in which Adiyiah’s header was saved on the line by Uruguyan striker Luis Suárez, who palmed the ball away with both his hands, resulting in a penalty kick for Ghana and Suarez being sent off.

However, Asamoah Gyan smashed the penalty against the bar and the game went to the shootout. Adiyiah took the fourth penalty with his team trailing 2–3, but had his shot saved.