TFM‘s Stars Of The Future is back and we will now take a look at one of the up and coming talent in Europe. We will now look at a hidden talent from Chelsea, Josh McEachran. 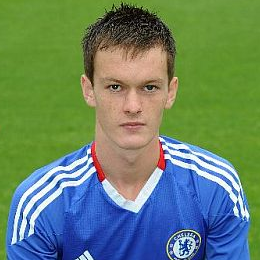 Joshua Mark “Josh” McEachran or commonly known as Josh McEachran is an English footballer who plays for Premier League club Chelsea. The talented 18 year old was born on the 1st of March 1993 in Oxford, England and plays as an attacking midfielder.

At the tender age of 8, and while in action for Garden City F.C, McEachran was spotted by a Chelsea scout.

It was not long before he joined Chelsea as an academy player at the age of 8 and rose through the ranks while juggling his academic responsibilities at Marlborough School in Woodstock.

McEachran slowly progressed through the youth system and spent a total of nine years in the Chelsea youth set-up before being promoted to the first team. 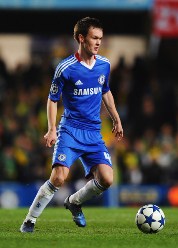 After patiently honing his skills in the youth set up, McEachran finally received his call-up to the Chelsea senior team in 2010. He was only 17 years of age.

He was then handed is first competitive first team debut against MSK Zilina on 15 September 2010 as a substitute and automatically becoming the first player to be born after the UEFA Champions League started on 25 November 1992 to take part in the competition.

The attacking midfielder then made his home debut in a League Cup tie against Newcastle United, where he again came on as a substitute.

McEachran put in an impressive performance in that match with successful dribbles and high pass completion. Chelsea however was eliminated from the competition.

McEachran made his Premier League debut on 25 September in a 1-0 defeat to Manchester City.

On 23 November 2010 manager Carlo Ancelotti announced that McEachran would make his first start against MSK Zilina in which he did.

He followed this up by playing the entire game away to Marseilles in a UEFA Champions League group game, receiving yet more rave reviews for his performance.

McEachran represented England at U-16 level and was part of the England U17 side to win the 2010 European Under-17 Football Championship.

The youngster quickly progressed through the ranks and has since gone on to become a regular in the England U19 side. 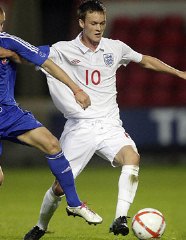 McEachran was further rewarded for his good early season form with Chelsea’s first team with a call up to the England U21 side to face Germany on 16 November 2010 in which he made his debut.

McEachran primary plays in midfield as an attacking midfielder. He usually makes darting runs inside the box as support for the strikers.

McEachran is also known for his ability to pick a pass and has a very high success rate in completing passes.

The youngster also on certain occasion takes up of the role of a playmaker and controls the game form midfield distributing passes and setting up goals.

McEachran also has good dribbling skills and is not afraid to take a shot at goal. Some even compare the youngster to Manchester United midfielder Paul Scholes.

However due to his age and inexperience, McEachran is less favoured at Chelsea and it is only a matter of time before he becomes a regular for Chelsea and England.