TFM’s Stars Of The Future is back and we take a look now at Fiorentina’s teenage striker Khouma Babacar. This highly rated Senegalese youngster has attracted the interest from clubs all across Europe but is currently plying his trade in the Italian Serie A. 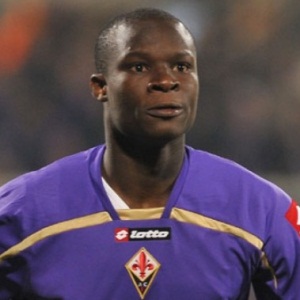 Khouma El Hadji Babacar or simply known as Khouma Babacar is a Senegalese footballer who plays for Serie A club Fiorentina. He was born on the 17th of March 1993 which makes him 17 years old now.

Senegal has produced some fine footballers over the years and stars such as El-Hadji Diouf, Henri Kamara, Mame Biram Diouf, Mamadou Niang, Souleymane Diawara and many more. However the world is about to witness the rise of another Senegalese star in the shape of Khouma Babacar.

Two years later, at the age of 14, Babacar moved to Pescara, an Italian football club based in Pescara, Abruzzo. The club was formed in 1936 and currently plays in Italian Serie B.

A year later, in 2008, at the tender age of 15, Babacar joined Serie A club Fiorentina and was immediately moved to the youth division.

After impressing at Pescara, the highly rated teenager caught the eye of scouts from the Italian Serie A but the young Senegalese joined Fiorentina in 2008.

It is said that several high profile Serie A clubs were interested in securing the services of the young striker, especially Genoa, but Fiorentina managed to fend off all competition for the future star of Senegal.

Babacar patiently played for the B side and in the 2009–10 season, the young striker’s dream finally came true. Babacar was called up by the first team coach, Cesare Prandelli, and Babacar became one of the youngest member of the Fiorentina senior squad which boasted the likes of Adrian Mutu, Stevan Jovetic, Manuel Vargas and many more.

Even though Babacar was called up to the Fiorentina senior squad, he was forced to spend most of his time warming the bench. However this did not last long as his much awaited debut happened on January 14, 2010, at the tender age of 16.

Babacar made his debut in the starting line-up against Chievo, in the round of 16 clash from the Coppa Italia. Babacar had a stellar debut and was marked by a goal, scoring the temporary equalizer in the 75th minute, with the match ending 3–2 for the Viola.

On March 20, 2010, he scored his first league goal, snatching the third goal of the 3–0 home win over Genoa by taking advantage of Salvatore Bocchetti’s error to slide the ball home. The 6ft 3in striker continued to impress at Fiorentina and at the start of 2010-11 season, he was offered a new 5-year contract with the Serie A club which he gladly accepted.

17 year old Babacar is a member of the Senegal Under-21 side and is yet to make an appearance for the senior Senegal national team.

The young striker is known for his good ball control and strong shot power. He also has a sudden burst of speed which leaves defenders trailing behind. FC Barcelona vs Manchester United – Who Will Win?